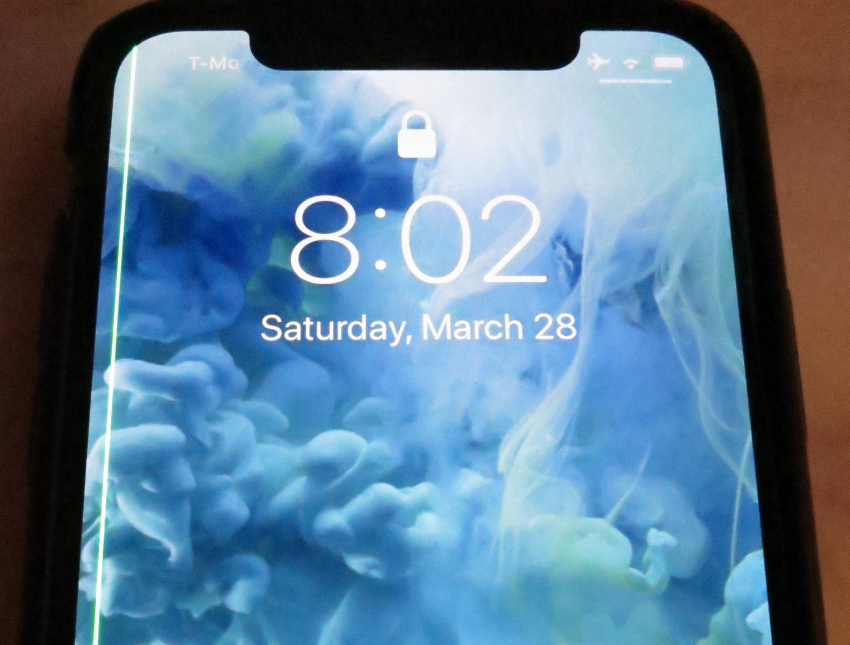 I recently noticed a vertical green line running from top to bottom on my iPhone. After researching this defect I found that the cause is due to the new diamond subpixel pattern on the iPhone X screen first where all green subpixels appear in straight lines (this was first introduced in the iPhone X). Online reports speculate that an electrical fault in the logic board could cause voltage to flow to all green pixels in a line.