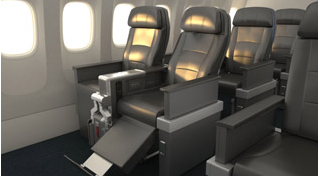 American Airlines just announced that they will be launching Premium Economy seating on international routes in late 2016 with delivery of their new Boeing 787-9 Dreamliner. They will also be phasing it into their 777, 787, A330 and A350 planes (they will not add it to the 767 as they expect to retire that aircraft)….

Did you know that if you lost elite status with American Airlines AAdvantage program you can now buy it back? If you ended 2013 short of the miles needed to maintain elite status, then hope is not lost! AA just launched a new program called 2104 Elite Boost where you can pay to buy back AA…