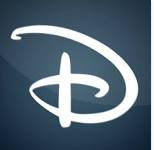 Starting February 28, 2016, Disney introduced variable pricing for entrance to their Theme Parks based on when you plan to visit. The peak pricing appears to coincide with summer (June and July) and national holiday periods (Thanksgiving, Labor Day, etc.). Honestly, I can’t believe that Disney did not do this sooner, like 10 years ago. I guess the folks at Disney HQ finally woke up and said, hmmm our park is empty on Wednesday, but jam packed on weekend, maybe we should charge more on the weekend?

The pricing only applies to 1-day tickets (you can still get discounts on multi-day passes). Here is a summary of Disney’s pricing for both Disneyland and Disney World.

Obviously this was a long time coming, although I’m still shocked it took this long. While customers might be upset by these changes, I think it does make sense and may even help reduce overcrowding on peak days. After looking at the calendar, it appears that Disney has  not been too aggressive identifying “peak” days. While there are a lot of “regular” days, the peak days are mostly only during June and part of July and during holiday periods like Thanksgiving and Labor day. If this were the airlines, they would have flagged every day as peak and then added just a few value days on a Wednesday in February, when no one wants to travel, and hopefully when a winter storm was likely to hit. That said, this is only the first year of this pricing roll out and they have an incentive to be lenient on their pricing so as to minimize the potential customer and media backlash. Now that the structure is laid out they will undoubtedly become more restrictive with the regular and peak dates next year.

Where Can I Buy Tickets to Disney Theme Parks?