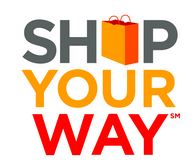 It’s a sad state of affairs in Searsland. I occasionally shop a Sears despite the fact that they have horrible customer service, bad merchandising (their buyers have no clue what products people want, especially clothing), generally high prices compared to Amazon and Costco, and need I reiterate their stores look run down and dilapidated? That said, I am a fan of their Shop Your Way Rewards loyalty program, and think that is probably the only reason I even consider shopping at Sears anymore.

Last week I discovered that Sears made a change to their Shop Your Way (SYW) policy where they have now eliminated “point rolling.” If you’re unfamiliar with the term, it is basically purchasing an item that offers a large amount of bonus SYW points mainly to keep your current points from expiring. Usually these bonus points expire after 90 days, so this is an effective way to more or less extend the expiration of those points.

I found this out the hard way after purchasing two Canon PowerShot Elph 135 cameras, which offered an additional 35,000 SYW points, and I had redeemed 50,000 on the purchase. When I went back to check, I had only been issued 5,000 points. I called customer service, and the first agent I spoke with insisted that I earned the correct number of points despite the fact that I had a screen shot showing me how many points I was supposed to earn. She then went back and confirmed with a supervisor that due to the fact that I had redeemed points (any number points, even just 1 point) toward my order, I was not eligible to earn bonus points. I then asked to speak with a supervisor who told me that 1) They had just changed the policy, and 2) They were simply now enforcing the terms and conditions of the program, which prohibit point rolling. Well…I checked the terms and conditions and there is no mention of point rolling or prohibiting members from earning bonus Shop Your Way points when they redeem points on an order. The supervisor was actually really nice to me and offered to credit me the correct number of points. She even pointed out that this was the first time I called about the issue, and even mentioned that I had ordered two cameras and in the future I should break the purchase into two separate orders because they would start only allowing bonus points to be credited on one item per order, even if the bonus was limited to two products per customer.

It appears that Sears is tightening up their Shop Your Way program. Beware of this new change and make sure you split out point earning orders from point redeeming orders in the future.